Bob began writing and selling non-fiction when he was a sophomore in college. His earliest articles dealt with advanced mathematics. Over the years, he has written several hundred articles and sixteen non-fiction books on subjects ranging from the pulp magazines, swords-and-sorcery, western author Louis L'Amour, science fiction art, and the history of horror literature.

With Lohr McKinstry, Bob co-authored THE HERO-PULP INDEX in 1970, the first index to single-character pulp magazines like Doc Savage and The Shadow ever published. A revised and re-edited version of the book, assembled by Bob in 1971, is still used by pulp collectors throughout the world.

In 1977, Bob wrote the history of Weird Tales, the most famous horror and fantasy magazine ever published. The book, titled The Weird Tales Story, received rave reviews and went out of print almost immediately. It commanded high prices on the collectors market for many years. It was recently reprinted by Wildside Press in an attractive trade paperbound format.

Bob's A Biographical Dictionary of Science Fiction & Fantasy Artists was published in 1988 by Greenwood Press and contains the biographies of over 250 science fiction artists. The book won Bob a World Fantasy Award for best non-fiction book of the year and was also nominated for a Hugo Award.

Bob's most successful non-fiction book was The Louis L'Amour 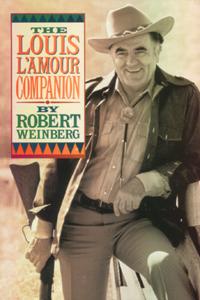 Companion published in trade paperbound format by Andrews & McNeel in 1993. The book, which is a biography, bibliography, and compilation of articles by and about Louis L'Amour sold more than 25,000 copies in trade paperbound format. Reprint rights to the book sold to Bantam Books, who reprinted the volume in 1994. The Companion has gone through six printings and has well over 100,000 copies in print. 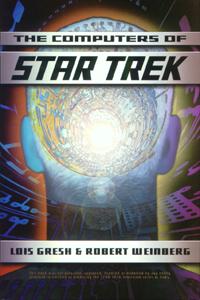 The Computers of Star Trek for Basic Books. To research the book, Bob and Lois watched every episode of every Star Trek television series as well as all the Star Trek movies. The hardcover book, which deals with computers as portrayed on the various Star Trek series and movies, was much more by Lois, a computer expert, than Bob who wrote primarily about the logic (or lack of it) in the shows. A trade paperback edition of The Computers of Star Trek was also published in Italy.

Walter Koenig, one of the crewmembers on the original Star Trek TV series, had this to 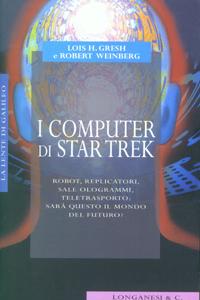 say about The Computers of Star Trek:

"For the computer illiterate, the Star Trek savvy and all combinations in between, THE COMPUTERS OF STAR TREK is not only a painless examination of the history and future of computers but a highly entertaining one as well. I recommend it to all who are prepared to address the future not only in fiction but in fact."

In 2000, Bob's coffee table book, Horror of the 20th Century, was published by Collectors Press. This huge 9x12 volume contained over 450 full color 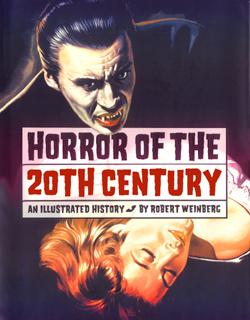 illustrations and (despite the title) is a history of the horror genre from its beginnings in the 18th century to present day. The volume covers Gothic novels, British ghost stories, the pulp magazines, horror movies, monster magazines, comic books, to best-sellers by Stephen King, Dean Koontz and Anne Rice, and much much more.

According to The Midwest Book Review "Horror of the 20th Century is a superb literary history of the horror fantasy genre in every media format the twentieth century had to offer, including pulp magazines, paperbacks, hard cover novels, comics, radio, television and the movies. The entire spectrum is represented for both the short story, novelette, and the novel. Robert Weinberg's informative, fascinating text is profusely illustrated on every page with full color photgraphs of wonderful magazines, book and movie poster art.,, Horror of the 20th Century is a "must" for all horror fantasy buffs, pulp magazine and book collectors, and is a very highly recommended addition to academic and community library collections."