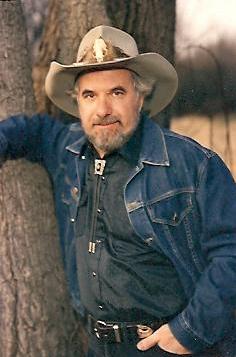 
Bob Weinberg sold his first short story when he was a junior in college in 1967 and hasn't stopped writing since. In a career that has spanned more than forty years, he has worked as a freelance newspaper journalist; contributed hundreds of articles for books and magazines on topics ranging from mathematics to collecting art; edited over a hundred anthologies; and authored thirty-five books and numerous short stories.

Born in New Jersey in 1946, Bob received his Bachelor of Science degree in mathematics from Stevens Institute of Technology in 1968. In 1970, he was awarded his Master of Science degree with Honors in mathematics from Fairleigh Dickinson University, Teaneck. He taught math at Illinois Institute of Technology from 1970-1973 while working on his Ph.D. He never completed his degree, instead he left college to marry Phyllis Horsky, a student at Vandercook College of Music. They started a successful book business shortly after getting married. After running the book business for more than twenty-five years, Bob and Phyllis sold Weinberg Books in 1997 so Bob could concentrate on writing and while Phyllis taught piano.

A prolific writer, Bob wrote in the horror, science fiction, humorous fantasy, and suspense genres. Along with his sixteen novels, he is the author of over fifty short stories. Some of his more popular short fiction includes "The Skeptic" in Dark Destiny II from White Wolf; "The Apocalypse Quatrain" in the Secret Prophecies of Nostradamus from DAW Books; and "The Midnight El" in Return to the Twilight Zone from DAW. His short stories, "Endure the Night," "The Kwik-Mart Vampire," and "Ro Erg" have all been optioned for television. A collection of his short stories, Dial Your Dreams and Other Nightmares was published in summer 2001 by DarkTales Press. In 2005, Twilight Tales published a collection of Bob's supernatural detective stories featuring his character, Sid Taine, titled The Occult Detective. Bob's work has been translated into sixteen languages including French, German, Italian, Chinese, Japanese and Hungarian. His work has been published in hardcover and softcover all over the world.

Well known for his non-fiction, Bob was been nominated six times for the prestigious World Fantasy Award for his contributions to the field of fantastic literature. He won the award in 1978 for The Weird Tales Story, and again, in 1989 for his huge reference volume, A Biographical Dictionary of Science Fiction Artists. In 2005, Bob was one of the Guests-of-Honor at the World Fantasy Convention in Madison, Wisconsin.

Bob's study of western writer, Louis L'Amour, The Louis L'Amour Companion, was a bestseller in trade paperback and in mass market formats. It is in its seventh printing for Bantam Books and is the only place where fans can find L'Amour's first published poem and his first published short story.

An authority on genre fiction, Bob Weinberg edited over a hundred and fifty books in the science fiction, fantasy, horror, mystery, young adult, and western fields. He has written columns on all these branches of fiction and is a well-known lecturer at conventions and seminars. He has acted as consultant on genre fiction for a number of paperback publishers and is widely regarded as one of the leading experts on horror and dark fantasy fiction in the world. His personal library of genre related material consists of over 25,000 items and is considered one of the finest collections of science fiction and fantasy in the world.

As an editor, Bob compiled collections of stories by such diverse authors as Cornell Woolrich, Ray Bradbury, Louis L'Amour, Poul Anderson, Hank Searls, Carroll John Daly, and many others. Some of his most recent anthologies include 100 Tiny Little Terrors, Rivals of Dracula, Virtuous Vampires, all from Barnes & Noble, and Between Time and Terror from ROC Books. In the past few years, Bob has edited a series of hardcovers for the Battered Silicon Dispatch Box Press under the general title, Lost Treasures of the Pulps. Bob won the first Bram Stoker Award for Editing, given by the Horror Writers Association, for co-editing Horrors: 365 Scary Storie, voted the best anthology of 1998.

Along with his writing and editing, Bob Weinberg taught a course in "Writing Thriller Fiction" for Columbia College of Chicago for three years. From 1976 through 1996, he served as Chairman of the Chicago Comicon, the 2nd largest Comic Book Convention held in the United States. From 2000 to 2003, Bob wrote scripts for comic books, working for Marvel, DC, and Moonstone Comics. In three out of four years he scripted comics, Bob had a story nominated as best graphic narrative of the year by the Horror Writers Association, winning in 2002 for his creator-owned series, Nightside.

Bob made his home in Chicago's south suburbs where he lived with his wife Phyllis and son Matt, who completed a degree in Culinary Arts from Robert Morris College of Illinois. Visit Bob's Photo Gallery for a look at some of his favorite people and places.