Bob has always been a fan of humorous fantasy adventures, especially the famous Harold Shea, Incomplete Enchanter novels written by L. Sprague de Camp and Fletcher Pratt. These two novels were written in that vein. Two more novels were proposed but not published due to changing market tastes.

A LOGICAL MAGICIAN - published in paperback by Ace Books in 1994. Reprinted as A MODERN MAGICIAN by Raven Books, England, in 1996.

Jack Collins never thought he'd find a job after college. Especially a job that combined his

math skills and love of fantasy.

But then again, Jack never thought that he'd be working for the original Merlin the Magician - or that he'd be tracking down a savage, ancient demon in the streets of modern Chicago...

Well, the ad did say "Some risk involved."

"Alternately suspenseful and hilarious. The most satisfying fantasy I have read in a long time."-- L. Sprague de Camp

"A very amusing and clever story. A book I would not hesitate to recommend." -- Andre Norton


A CALCULATED MAGIC - published in paperback by Ace Books in 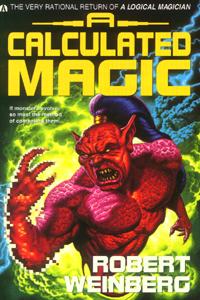 Jack Collins's business trip to Las Vegas is anything but fun and games. Why? Because his 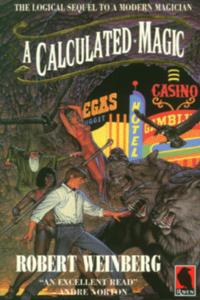 boss is Merlin the Magician - and Jack's job is saving the modern world from ancient dark forces.

A centuries-old legend, the Old Man of the Mountain, has returned with a vengeance. This time he has science on his side - a vial of biological plague germs as deadly as any black magic - and he plans to sell it to the highest bidder. The winner could be demon, devil, or demigod. Either way, the loser is humanity. But a new gambler is vying for a peace of the action: Jack Collins. And he's packing a weapon that strikes fear into the hearts of humans and nonhumans alike: advanced mathematics!


The third Logical Magician novel was titled SUBTRACT ONE SORCERER. Here are the First Two Chapters from that book.